Here at Kim Heng, we know the importance of a socially responsible culture towards achieving sustainable growth and success. Hence, we place strong emphasis on corporate social responsibility (“CSR”) and integrate these CSR values into our strategic planning and daily operations.

We believe that our corporate safety initiatives, technological innovation, environmental impact planning, and community relations activities have been the key to our continued success, and we will continue to seek meaningful ways to contribute to the community.

In the interest of minimising the risk of accidents, injuries and illness to employees, partners and local communities, Kim Heng is committed to continuously improve the health and safety standards in its workplace. The Group has appointed a Safety Manager and a team of Safety Officers to ensure safety measures are in place at all areas of operations at all times.

As a result of our commitment to our employees’ health and safety within our organisation and processes, we were awarded the OHSAS 18001:2007 Certification in January 2014 by the SGS International Certification.

In 2013, the Group was appointed by the Police Coast Guard of the Singapore Police Force (“Police Coast Guard”) and Coastal Command of the Immigration & Checkpoints Authority (“ICA”) as a member of the Jurong Waters Safety & Security Network.

As a member of the Jurong Waters Safety & Security Network, the Group had contributed and participated in exercises with the Singapore Civil Defense Force (“SCDF”), Police Coast Guard, ICA as well as the Land Division of the Singapore Police Force (“SPF”) in the areas of maritime security.

The Group also participated in a joint rescue and fire response exercise with the SCDF. The exercise helped the Group in training its workforce on fire emergency procedures and also provided the Group an opportunity to further improve its health and safety procedures.

Kim Heng understands the importance of energy conservation and actively seeks for ways to enhance energy efficiencies in its daily operations. To achieve its target, the Group has incorporated energy conservation measures in its standard operating procedures and achieved improved energy efficiencies in its operations. In addition to benefitting the environment, the Group reaped cost savings arising from lower fuel costs and utility expenses.

As a result of the Group’s energy conservation efforts, the Group was awarded the ISO 50001:2011 certification by British Standards Institution in May 2013 which certifies that the Group operates an energy management system for the provision of Shipbuilding and Repair Services and provision of Engineering Services for Marine and Oilfield industries. In January 2014, the Group was further awarded the ISO 14001:2004 by the SGS International Certification for its environmental management system. 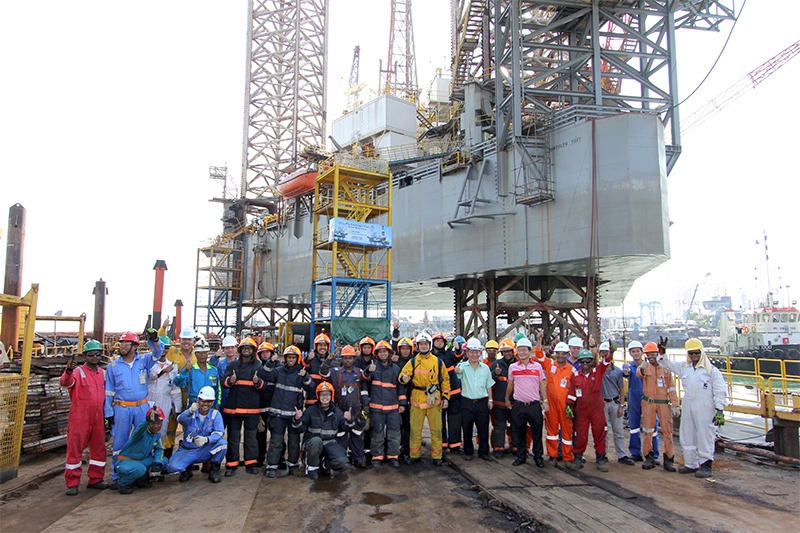